The drill programme is following up on reconnaissance work, which resulted in the discovery of rutile during a shallow soil sampling and auger programme completed in September. The initial exploration work was limited by the equipment available in Malawi during the COVID pandemic but the Company was encouraged that the highest TiO2 grades were returned by nine consecutive samples in a single auger hole (A6), drilled to a depth of 8.9m, that contain between 4.10% and 9.01% total heavy minerals (specific gravity > 2.95) and grade between 3.17% and 4.09% TiO2 (see press release of 15 September, 2020). These early-stage results show geological similarities to saprolite-hosted rutile mineralisation recently discovered on the adjoining Sovereign Metals Ltd licence to the east. This suggests potential for discovering high-grade rutile deposits within Mkango’s large licence area, which is adjacent to an area that Sovereign Metals believes could potentially be a new province of rutile mineralisation.

“This drillingprogramme
and soil
sampling willhelp us totargetsaprolite-hosted mineralisation. It will test the extent of the rutile and ilmenite mineralisationovera large part ofour licence areaandaimstoconfirmthe potential for discovering high-grade rutile depositsin thelicence.
Given that rutile
is in high demand andthat there is a shortage of supply,confirmation of rutile prospects on theMchinjilicence couldprove to be highly significant for theCompany.We look forward to updating the market in the coming weeks as we receive theresults from the laboratory.”

The exploration programme will be funded from the Company’s existing working capital.

Scientific and technical information contained in this release has been approved and verified by Dr. Scott Swinden of Swinden Geoscience Consultants Ltd, who is a “Qualified Person” in accordance with National Instrument 43-101 – Standards of Disclosure for Mineral Projects.

Mkango is focused on developing the Songwe Hill (“Songwe”) rare earth deposit in Phalombe district in Malawi and is looking forward to completing the feasibility study. Mkango’s primary business is exploration for rare earth elements and associated minerals in the Republic of Malawi, a country whose hospitable people have earned it a reputation as “the warm heart of Africa”. The Company holds interests in four exclusive prospecting licenses in Malawi: the Phalombe licence, the Thambani licence, the Chimimbe Hill licence and the Mchinji licence.

The main exploration target in the 51% held Phalombe licence is the Songwe rare earths deposit. This features carbonatite-hosted rare earth mineralisation and was subject to previous exploration in the late 1980s. Mkango completed an updated Pre-Feasibility Study for the project in November 2015 and a Feasibility Study is currently underway, the initial phases of which included a 10,900-metre drilling programme and an updated mineral resource estimate, announced in February 2019. In March 2019, the Company announced receipt of a £7 million (C$12.3 million) investment from Talaxis to fund completion of the Feasibility Study. Following completion of the Feasibility Study, Talaxis has an option to acquire a further 26% interest in Songwe by arranging financing for project development including funding the equity component thereof.

The main exploration targets in Mkango’s remaining three 100% held licences are, in the Thambani licence, uranium, niobium, tantalum and zircon, in the Chimimbe Hill licence, nickel, cobalt and chromite and in the Mchinji licence, rutile, gold, nickel, cobalt, base metals and graphite.

Mkango also holds a 75.5% interest in Maginito with the balance owned by Talaxis. Maginito is focused on downstream opportunities relating to the rare earths supply chain, in particular, recycling and other innovative technologies for the production of neodymium alloy powders and magnets used in electric vehicles, wind turbines and other industries geared to decarbonisation of the economy.

This news release contains forward-looking statements (within the meaning of that term under applicable securities laws) with respect to Mkango, its business and the Project. Generally, forward looking statements can be identified by the use of words such as “plans”, “expects” or “is expected”, “scheduled”, “estimates” “intends”, “anticipates”, “believes”, or variations of such words and phrases, or statements that certain actions, events or results “can”, “may”, “could”, “would”, “should”, “might” or “will”, occur or be achieved, or the negative connotations thereof. Forward looking statements in this news release include statements with respect to the completion of the feasibility study for Songwe, the potential for discovering high-grade rutile deposits within Mchinji licence, the potential for a new province of rutile mineralisation in the area of the licence and Mkango’s plans for an exploration programme on the licence. Readers are cautioned not to place undue reliance on forward-looking statements, as there can be no assurance that the plans, intentions or expectations upon which they are based will occur. By their nature, forward-looking statements involve numerous assumptions, known and unknown risks and uncertainties, both general and specific, that contribute to the possibility that the predictions, forecasts, projections and other forward-looking statements will not occur, which may cause actual performance and results in future periods to differ materially from any estimates or projections of future performance or results expressed or implied by such forward-looking statements. Such factors and risks include, without limiting the foregoing, governmental action relating to COVID-19, market effects on global demand for the metals and associated downstream products for which Mkango is exploring, researching and developing, the positive results of a feasibility study on the Songwe Hill rare earths project and delays in obtaining financing or governmental or stock exchange approvals. The forward-looking statements contained in this news release are made as of the date of this news release. Except as required by law, the Company disclaims any intention and assumes no obligation to update or revise any forward-looking statements, whether as a result of new information, future events or otherwise, except as required by applicable law. Additionally, the Company undertakes no obligation to comment on the expectations of, or statements made by, third parties in respect of the matters discussed above. 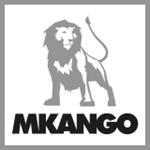 Health admin - June 24, 2021
0
Table of Contents Sugar waxing is one of the few uses for white sugar I can get behind. (Sugar scrubs come in at a...