Shocking news broke this week that Ireland great Damian Duff will step away from the Ireland set up. The former Irish international has been an assistant to Stephen Kenny for the last year alongside former player Keith Andrews.

However, despite a year of rocky results for the Ireland side, Duff has left his reasons for leaving unknown. Reports speculate that Duff is one of the coaching staff that was furious at the FAI’s investigation into Kenny’s England video.

Perhaps the associations handling of the matters in an unprofessional manner angered the coach enough to leave. He issued a statement earlier in the week thanking Kenny for the invaluable experience:

“I want to thank Stephen Kenny for the opportunity he gave me to coach with the senior Ireland team and I wish Stephen, Keith and the players all the very best of luck for the upcoming World Cup qualifiers”.

Kenny has now been struck another blow just days later, with goalkeeper coach Alan Kelly also leaving. Although, in Kelly’s case, it’s always been known that he has always had concerns with the coronavirus.

However, with Kenny now down two coaches, who will fill the void left by Duff? Reports indicate former internationals John O Shea and Lee Carsley are in the running for the job. 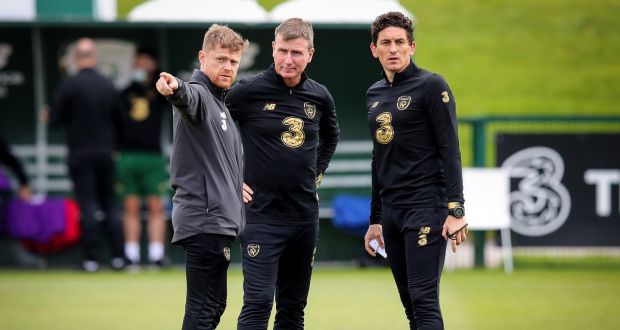 Both Would Be Good Fits

Kenny is looking for assistants that have high coaching qualifications and heaps of playing experience. Both O’Shea and Carsley have 158 international caps between them and are currently in top coaching set ups. O’Shea is currently the Ireland u21 manager and the Reading first team coach.

The more flexible role at the u21’s gives the Waterford man the freedom to do both positions. Meanwhile, Carsley is working with the England u20’s team and is highly regarded, having coached the Birmingham underage teams.

However, with Reading pushing for promotion in the Championship and Carsley working with up and coming talent, they mightn’t want to leave. While both coaches are in steady working positions, it may be difficult to sway them to the FAI.

If either option is not to be the case, Kenny will have to look elsewhere. The Ireland manager may tap into his league of Ireland roots or look abroad to England or around the globe.

However, both O’Shea and Carsley have previously expressed wanting to work with the Ireland senior team one day. With both coaches currently occupied, we will have to wait and see what happens as their names remain in the mix.

Read our other articles on everything Football, keeping you up to date at Sports News Ireland.

Education admin - January 19, 2021
0
President-elect Joe Biden has nominated Rohit Chopra to be director of the Consumer Financial Protection Bureau. A member of the Federal Trade Commission,...